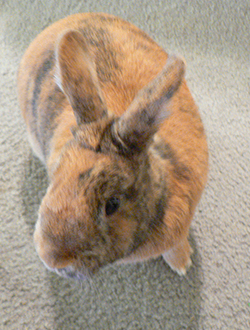 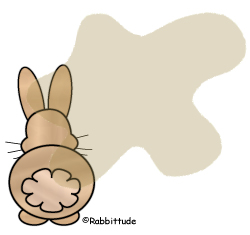 Gasp… Can’t breathe, eyes are tearing up and watering …  One of the roaming rabbits has an issue …  She is spewing toxic gasses today.  Every where Tigger goes an SBD* cloud follows.  Oh pooh!