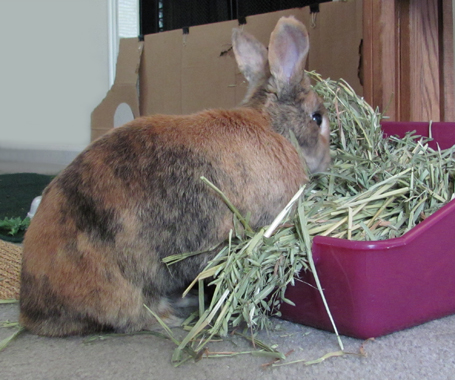 Here is Miss Tigger up to her bunny armpits in hay 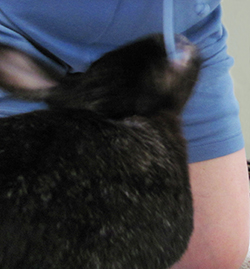 ... and the action behind the camera

Earlier I promised I would share some bunny photos. The photo of Tigger was taken with my camera on its table top tripod taken to the floor to catch her at her level. While I was taking it, I felt a furious tugging.  I quickly rotated the camera around on the tripod and got the shot of Shadow attacking the drawstring on my shorts.

I couldn’t see to focus this second shot.  It was a quick swivel around and shoot blind by just pressing the button to capture the shot. But it gives a great view of what was going on in front of the camera and behind the camera at the same time.  I would not have been able to get the shots of both Tigger and Shadow in action without my camera setup the way I showed in my earlier post on Catching Bunny Rabbit Photos .